A trip North to Wyndham

Leaving Kununurra, we were fascinated by the Boab Tree murals. They are captured in various scenes of play and human-like poses.

Wyndham lies just under 100 kms from Kununurra. It is the oldest and northernmost town in the Kimberley region of Western Australia. It was established in 1885 as a result of a gold rush at Halls Creek, and it is now a port and service centre for the east Kimberley with a population of 800.

We decided to make the trip. There is so much history in the far reaches of Australia and always the scenery is incredible. As with these mountains.

Wyndham is located at the west arm of Cambridge Gulf, an inlet of Joseph Bonaparte Gulf of the Timor Sea. Part of the town is separated by a causeway and it was at the entrance that we saw these signs. They bring home to you the dangers that are part of life in these climes. 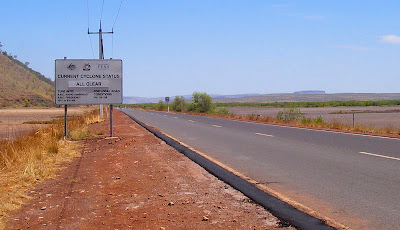 A boat tied in the Gulf. 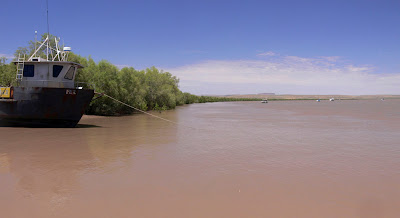 In the town there is a monster statue (or is it a model) of a salt water crocodile. Look carefully, there are two very similar tourists surveying the croc.

Tucked away in the area of a campsite is a Boab tree which is claimed to be the oldest of its kind. 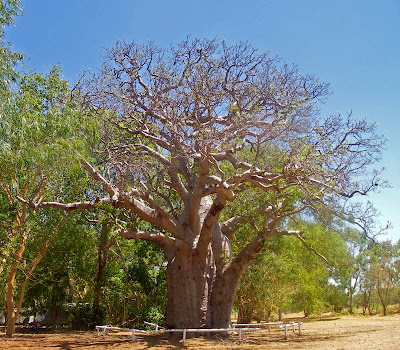 Street models such as these are a wonderful reminder of the role played by men from so many different nations. The camel drivers performed a valuable function in this climate and arid land. 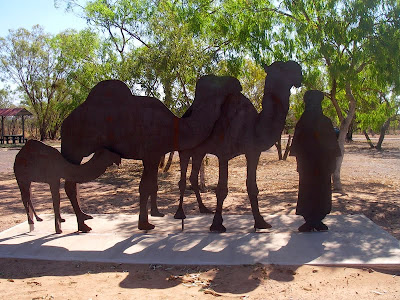 A couple of the historic shops are retained as a reminder of the past. 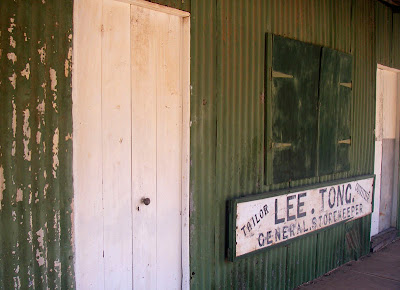 As are some of the machines that were used. The patina on this one was superb. 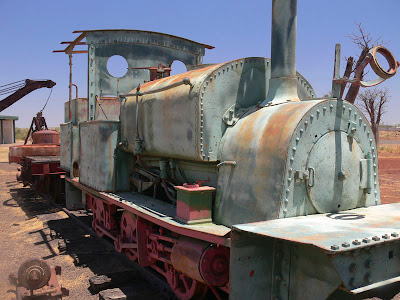 A business for sale - now that's an opportunity! 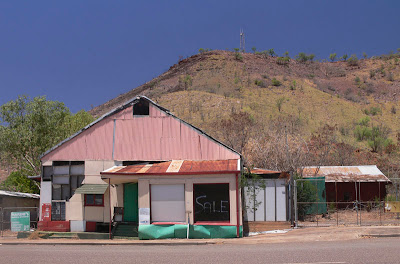 On a hill near the outskirts of town is a set of statues to the original peoples who lived on the land before the arrival of the white man. A poignant scene which (although not included in this shot) included a kangaroo and a dingo. 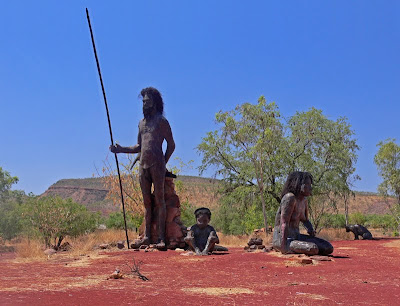