Fitzroy Crossing
Fitzroy Crossing is a small town in the Kimberley region of Western Australia, 300 km west of Halls Creek.
The town was gazetted in 1975, but had been shown on maps as early as 1903. It is 114 metres above sea level and is surrounded by the vast floodplains of the Fitzroy River. The current population in 2006 of the Fitzroy Crossing area is approximately 1,500, about 60% of whom are Indigenous Australians. Cattle stations are the main economic occupation.
Just before the town we turned off the main road into a large campsite. We found a pitch that promised to offer some shade. Then having pitched our tent, we did a little exploration of our surroundings and came to the bank of the Fitzroy River. We were amazed by the impression of drought. 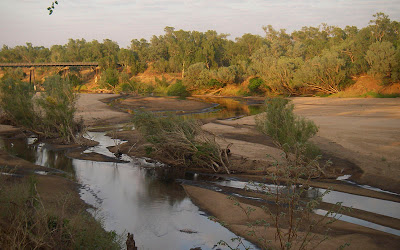 One of the main attractions in the area is Geiki Gorge. Called Darngku by the indigenous peoples, but for some reason, the European name is the most used. This is flood country and when it comes, the water volume is huge. The picture here shows the water levels in exceptional years. 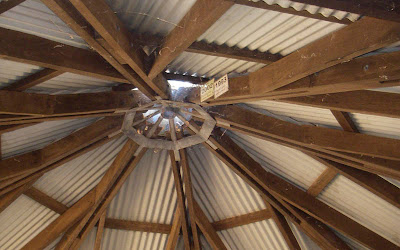 We opted for a morning cruise up the gorge on an open boat (no sun covers) - managed to grab the front seats, which was a bonus for uncluttered photography then sat back to watch the scenery. The rock formations are spectacular. 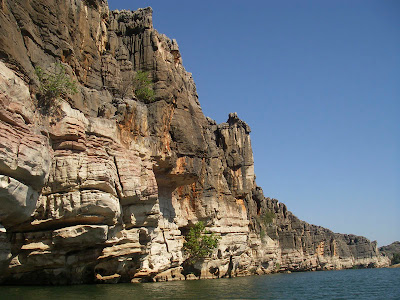 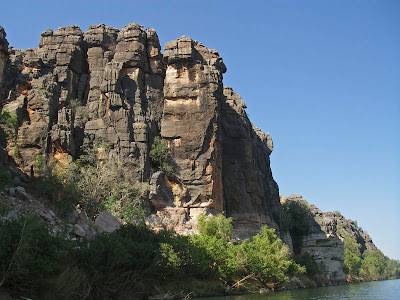 Along the river bank we spotted a Mitchell's Water Monitor. An impressive creature at about 1 metre in length. 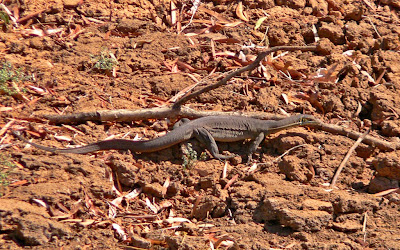 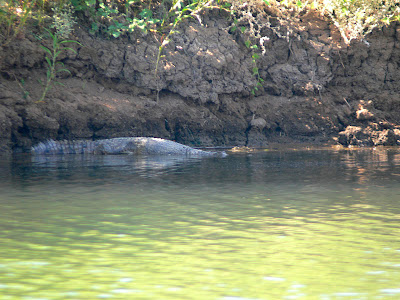 A particularly attractive feature are the white bases to the cliffs. 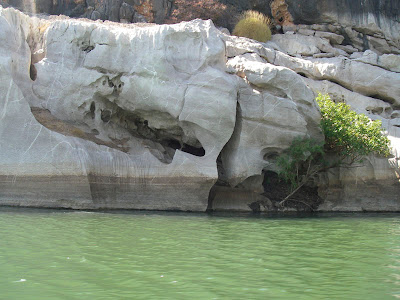 Contrasting with the greenish water. 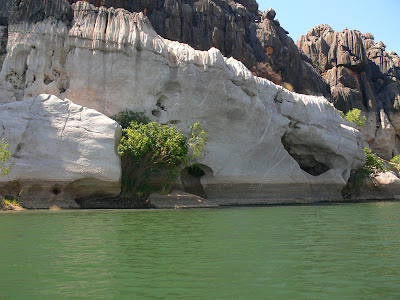 This fellow relaxing in a very 'human' pose is called a Euro. Neither Liz nor I had heard of it before. It is of course simply a species of 'roo. But is large, strong and lives in rocky areas. 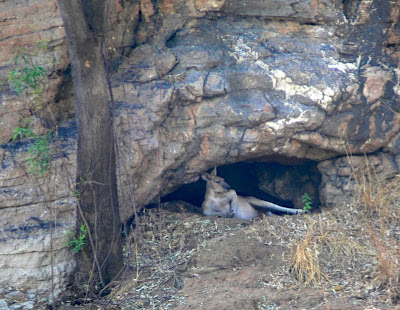 After the cruise we drove to see the 'old' Fitzroy Crossing.
Fitzroy Crossing was a creation of necessity; early settlers to the Kimberley needed a place to ford the mighty Fitzroy River. The old crossing was the shortest and safest route. Focus shifted from the original townsite of Fitzroy Crossing when a modern stilted bridge was built downstream in 1974. 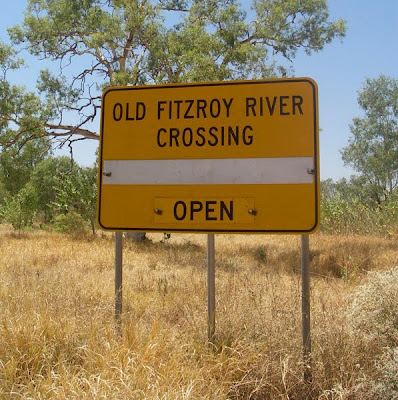 The crossing the dry season.

Located on the riverbank just beyond the reach of major flood waters, the old town was built at a place suitable for crossing the river. Still standing in the old town is the original causeway crossing (above), the former post office (now backpacker accommodation) and the police station below. 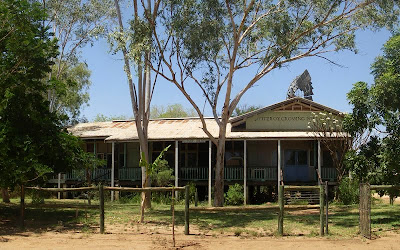 Our friendly ranger urged us to walk the gorge just before sunset to appreciate the full beauty of the rock colours. Always up for a walk, we did just that. And he was right!

As you can see. 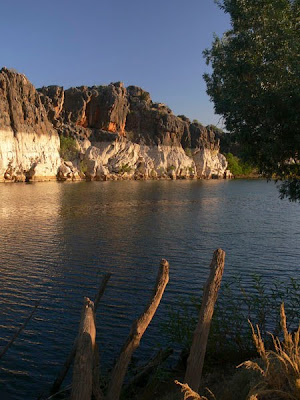