Greenough (pronounced 'grenuff') lies about 24 kms south of Geraldton with which it joins forces as a shire identity i.e. Geraldton-Greenough. It has trees that have bent to an angle of 90° due to the force of the coastal winds. Much favoured by photographers. 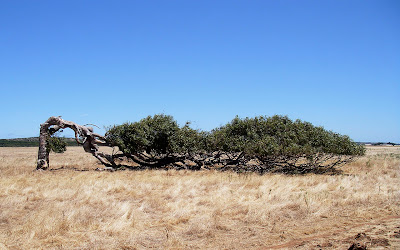 They also have a historic visitor site with a fine collection of period buildings. 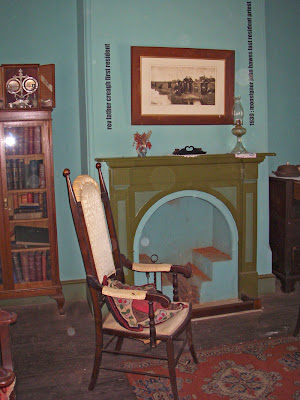 The priest's home. It was Mgr Hawes last parish before he returned to the Bahamas where he became a hermit on Cat Cay. 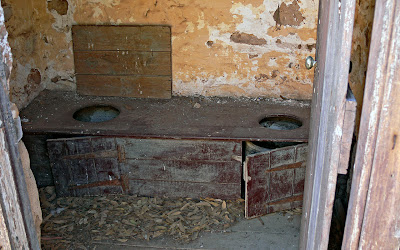 ...and a friendly dunny! 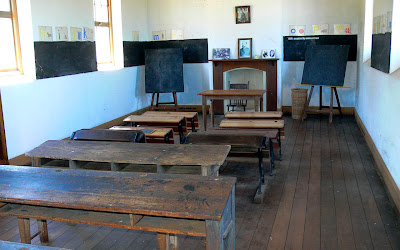 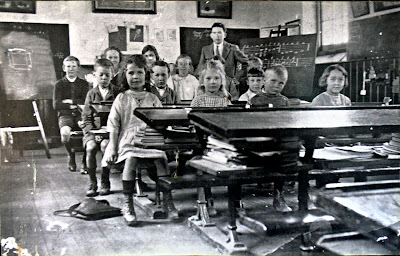 We are in wheat country, should one have been in any doubt. 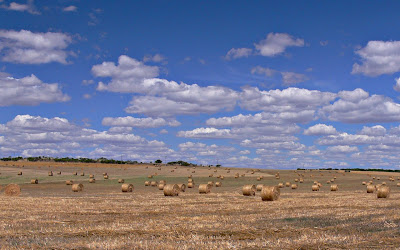 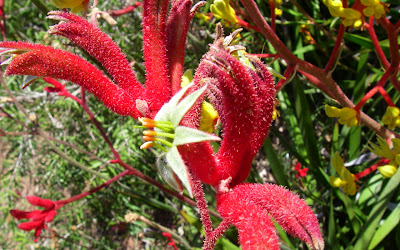 Kangaroo Paw. To think that we hunted for these when we were further north; now they are abundant. 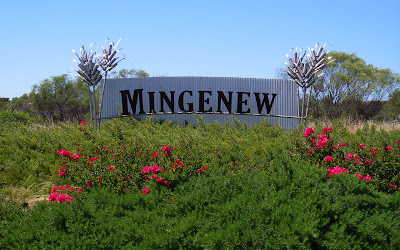 The township of Mingenew has an impressive display announcing its presence. 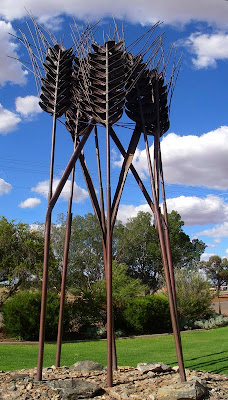 ...and a wheat statue (know to the locals as 'big ears').
The origin of the town name is sometimes attributed to the aboriginal word Minganu which means place of ants. We can believe that. It now majors in sheep, lupins and wheat the latter having spawned the town's claim to being the largest inland, grower-fed, receival facility in Australia. 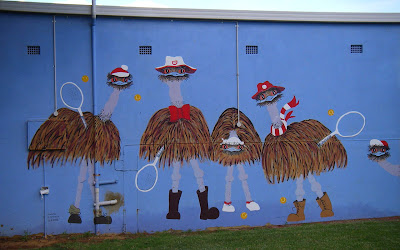 Emus used to be plentiful in the area and local myth has it that they used to hit balls of grass to each other using Mallee sticks. The mural made use of the myth and challenges the observer to 'name the emu'. 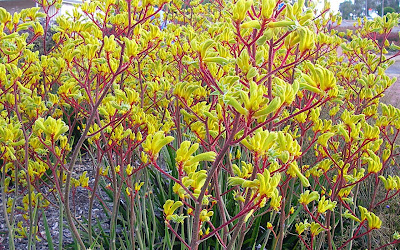 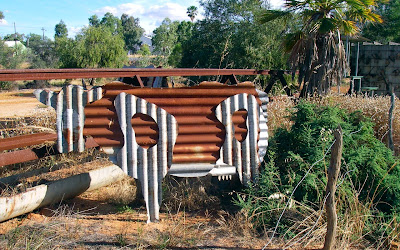 A rather charming corrugated iron cow at Drovers Rest, part of a sculpture reminding visitors of Mingenews droving history. We love all the outdoor paintings and sculptures which are found in almost every town we visit. Sadly we cannot include them all, the site would overflow.

Enanty barn on the edge of town is one of the oldest buildings in the area. Built in the late 1800s as a shepherd and sheep facility you can see from the following note it was often pressed into service for other duties.
Visitors often had to sleep in the barns or outside. A petition by local homestead owners sought more wayside inns:
'We are compelled, at our own individual expense (and frequent inconvenience) to accomodate[sic] the majority of the horsemen and many of the pedestrians that are continually passing by our homesteads.'
Our reason for visiting Mingenew was originally to escape the wind on the coast. It has been blowing constantly since we were in Exmouth, apparently this is not unusual for this time of year but it does rattle the tent somewhat if the campsite is at all exposed, so we decided to go inland. Turns out this was a good idea , it was much calmer and we got to visit several charming towns too.
Rather like cruising most of the people we meet on our travels are heading in roughly the same direction and a family we first met in Kunnannurra told us in Perth they had stuck to the coast and only spent one night at the seaside towns Dongara /Denison before moving on to somewhere more sheltered in Perth.
Posted by Graham at 9:00 am