The town was formed as a supply centre and port for the surrounding area. Officially gazetted in 1891, it was named after Henry Herbert, 4th Earl of Carnarvon who was then Secretary of State for the Colonies.
The evidence of those earlier days were open to view on a museum site near to the port. 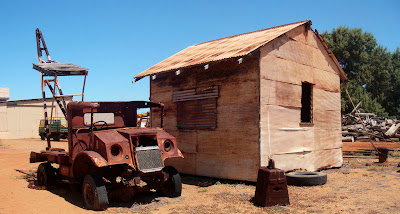 The tramways grew as traffic to and from the port increased. The first dating from 1884, ran from a landing site on the river to a shed on the other side of the road - A very short tramway indeed.
The second, constructed between 1886 and 1887 ran west in a straight line to the jetty, it was horse drawn. 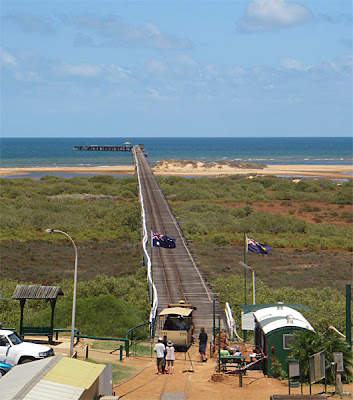 The third, and partially remaining, tramway was completed in 1900. It runs from the townsite, across Babbage Island to the deep-sea jetty. It ceased operation in 1965. 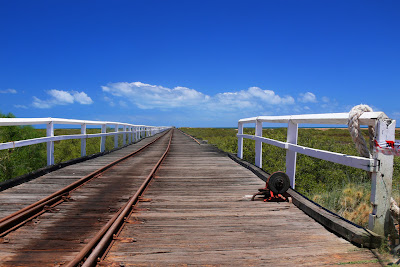 However, the Carnarvon Light Railway Association now operates trains along restored tracks on the jetty. And of course, we had to have a ride on Coffee Pot! 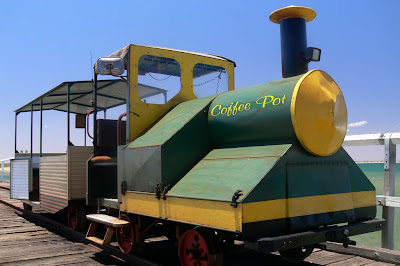 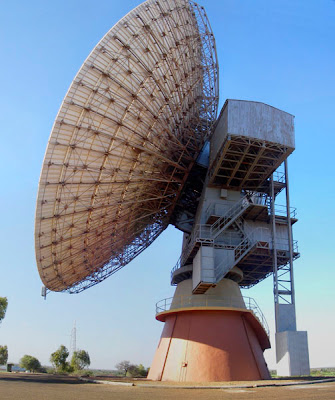 The station was decommissioned in April 1987, but the site is still 'actively' involved in solar scientific research.
Along the beach road, a small community has grown up of beach homes. They look a little 'Heath Robinson' shall we say, but the water front is nearby and that means good fishing. 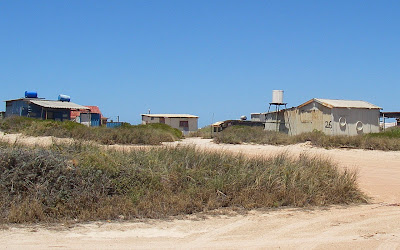 Just a mile or so along the coast, the scenery gets more rugged. 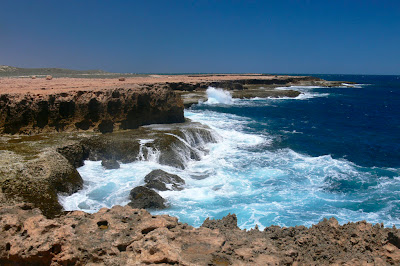 A popular place for sightseers and thus there is a requirement for 'facilities'. No chance of digging holes in this ground, so there has to be 'the long drop'. Note the lighthouse in the background. 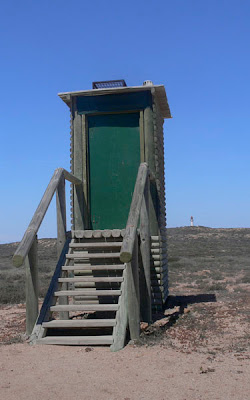 Like many limestone coastal formations, blowholes are evident. We stood and watched trying to time the 'best shot'. 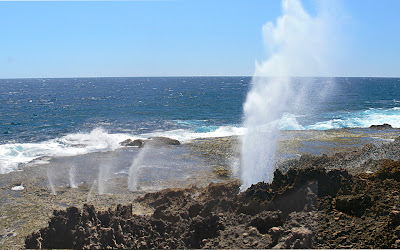 Finally and nearly forgot to mention ...the Lunchbox Banana. In Carnarvon the beautifully tasty small sized, banana is grown. Not many years ago, the bananas grown here in the west, being smaller than their eastern counterparts were regarded in the trade as inferior. However, the difference in size is now being marketed as a feature, and the sales prove that to have been a good move. 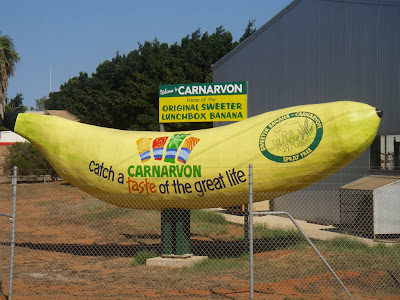 This one was a little 'over-sized' of course.
Posted by Graham at 9:00 am