Monkey Mia is a well know tourist spot and the big attraction is the dolphins. They are wild of course and the literature is quite clear that it is up to the dolphins whether they come in to feed at the appointed hours. We were there for the early show and kept our fingers crossed for the stars to arrive...

..and so did many others. 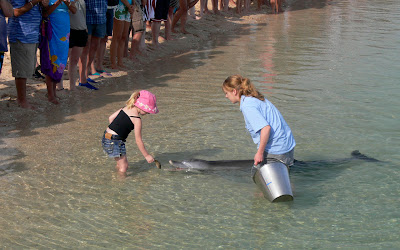 They have a group of six staff who each man a bucket of fish and after the introductory talk visitors are invited to feed the dolphins. The staff know the dolphins individually by their shape, colour, battle scars etc. and they feed only the same six dolphins each day, just a small amount of fish - insufficient for their needs - so as to ensure that they continue to fish and fend for themselves. 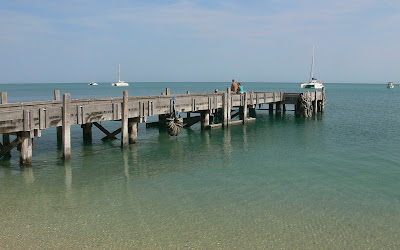 We watched the first feeding from the pier knowing that the organised trips would soon depart and the visitor numbers would decrease for the second feeding. It also gave us a good angle to photograph the dolphins as they arrived. 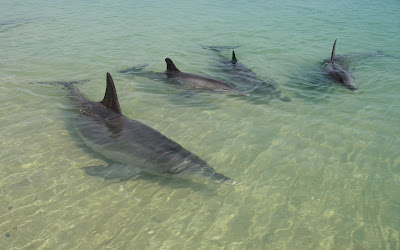 They always seem to be wearing a smile! 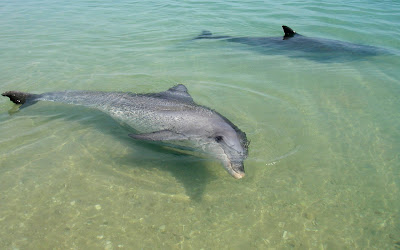 The second sitting (an hour or so later) had far fewer visitors, so we joined the shoreline feeding party. The dolphins have learned that as soon as the visitors step back out of the water, the buckets containing the fish will arrive, and it is then that they come in really close to shore. 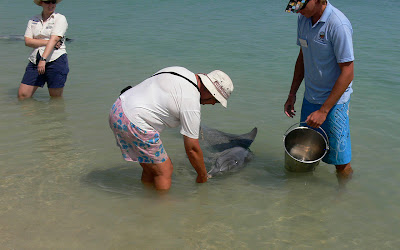 And the dolphins obligingly followed the script. 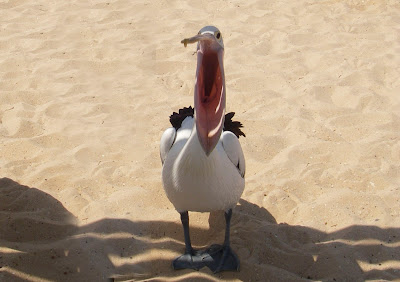 There are also those who believe that if you shout loudly enough, there may be some fish to spare 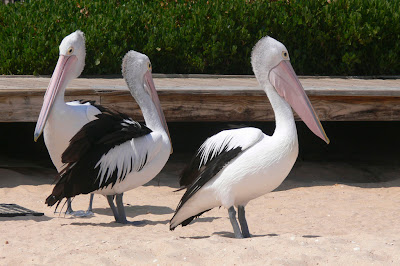 ...and they also serve who only stand and wait. 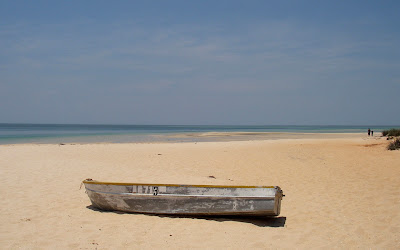 The entire beach area is picturesque. Space to walk, no crowds, beached boats... 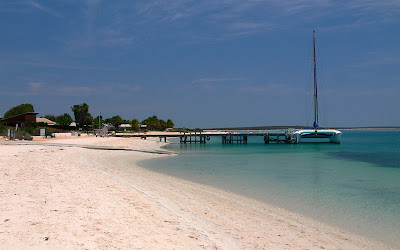 ...moored boats and of course white sand and blue skies.

This shot is an inland pool. It has a dirt road surrounding it, with our 2-wheel drive saloon car we only ventured down the main track but several people had found secluded spots to make camp and fish.
Posted by Graham at 9:00 am

I am really wondering. How can they maintain that kind of beauty for a long period of time? That is really great ! Hands up to that.
Monkey mia tours