Denham is the most westerly town in Australia, it is the administrative centre for the shire of Shark Bay, has a population of 607 (at the last count) and has a lovely open harbour which is protected by a reef... 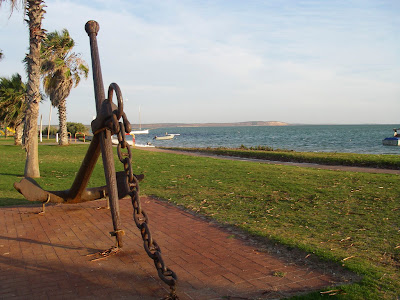 ...through which has been cut an entranceway for vessels of a modest size. 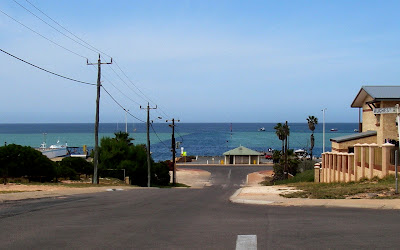 A nearby lookout advertises that sharks can be seen prowling the shallow waters in a bay near the town. We had to go and see of course and from a very high vantage point the sharks could be seen clearly enough. 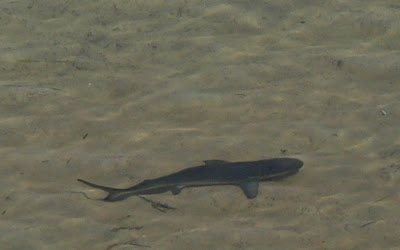 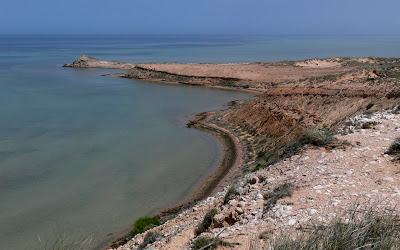 The viewing point is named Eagle Bluff and gives a scenic view of the arid landscape surrounding the town. 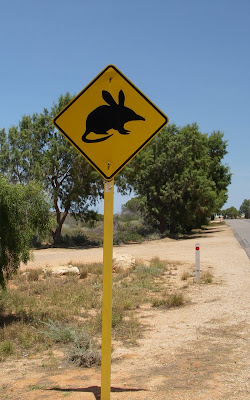 Leaving the main town area, this sign was a new one to us. The Bilby is pretty rare and nocturnal, so our chances of spotting one are remote. To protect the native species a fence and gate have been installed across the peninsula and when you cross the grid a noise comes from speakers at the roadside as an extra frightener. 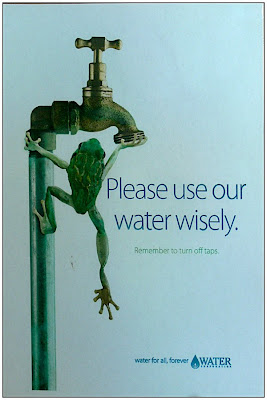 A novelty picture. Denham is not blessed with a natural water supply, their drinking water is desalinated. There are artesian wells nearby, but they only provide brackish water - ok for agriculture, but not for human consumption. 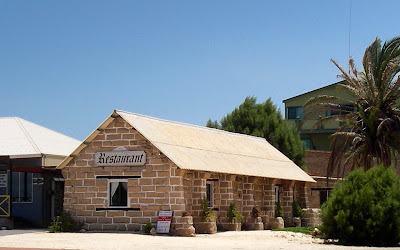 This restaurant is included because of its contruction, which is from the same 'coquina' stone that we had learned about at Hamelin Pool. It looks so clean, modern and 'uneroded' that we wondered if it was a modern construction, but apparently not so, it's exact dating we couldn't find out, but it certainly isn't just a modern replica. 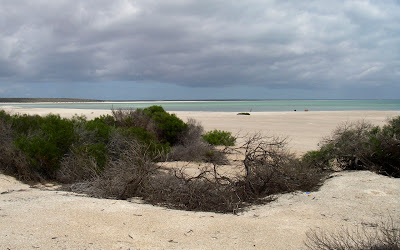 Finally, a 60 km long beach formed entirely from the coquina shells to a depth of several metres. It is called rather aptly, Shell Beach. No souvenirs allowed.
Posted by Graham at 9:00 am