It didn’t feel as if we were really leaving Rinca; never out of sight of land, just a few miles of easy sailing. but in fact we were moving from Rinca to Flores – a much larger island, over 200 miles from east to west and second only to Timor in the eastern half of Indonesia.

We passed several islands as we approached the town of Labuan Bajo and noticed that many of them had shoreline strips of habitation. Solid buildings with mosques in pride of place, they looked so significant compared with the size of the island they occupied. 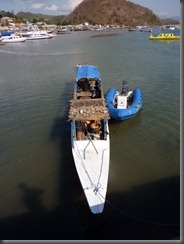 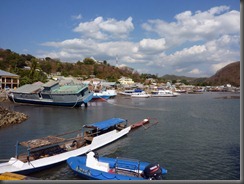 Should I confess, I had never even heard of Labuan Bajo before joining the rally and reading about the events that they had lined up for us. So it was a complete surprise to arrive in a bustling port which separated commercial vessels from us leisure boats in a harbour that was bristling with exotic fishing craft of all sizes. 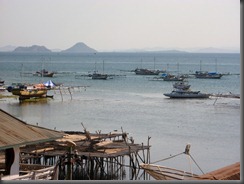 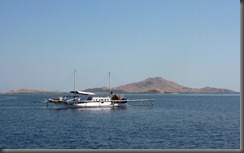 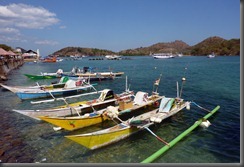 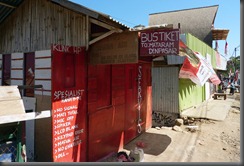 Labuan Bajo is the capital of the West Manggarai Regency of Flores and has a population of a quarter of a million even before the tourist invasion. It is a venue popular with back-packers. There are many opportunities to take diving expeditions and low cost travel tours into the interior and also to other nearby islands by coach and ferry. We even saw coach tickets advertised to Bali! Bali is three major islands distant.

The organisers of Rally Indonesia 2011 had planned a major event for Labuan Bajo, and that had been our target and our reason for passing this way. However in true Indonesian style, it was felt that for various reasons it should be cancelled. 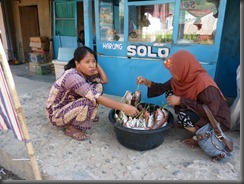 No matter, there was so much to see.
There were in the region of 40 rally boats in the harbour, but no-one seemed phased by the cancellation, it was a place where re-provisioning was possible. There was even a shop that specialised in deep frozen products designed to appeal to visitors from western nations; pork chops, bacon! Such luxury …and there were restaurants. 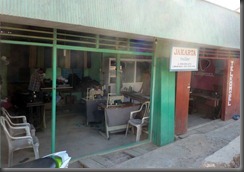 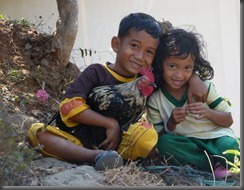 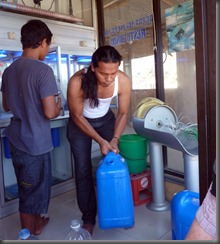 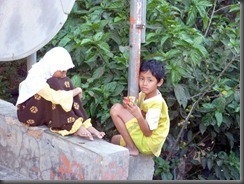 We filled up with diesel, petrol, water and trawled then many hardware, ironmongery and ad hoc hardware shops that lined the main street. Liz had a hairdo in a very pink shop, operated by a young man who spoke some English. 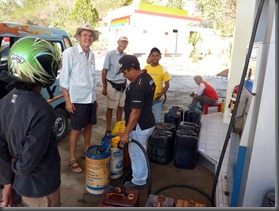 The little lizard shown here is in fact a water monitor. We didn’t know that at first when we saw it swimming frantically in the middle of the harbour. Typically British, we felt sorry for it and gave it a lift to dry land. It was only later that we found out that it was in fact a water monitor and was probably better equipped to be there than we were!
I felt sure that it enjoyed the ride though.
Before leaving, we used the laundry services and sampled a few of the restaurants. A pleasant and friendly town but we had miles to make so we headed off for points west.
Posted by Graham at 5:21 am